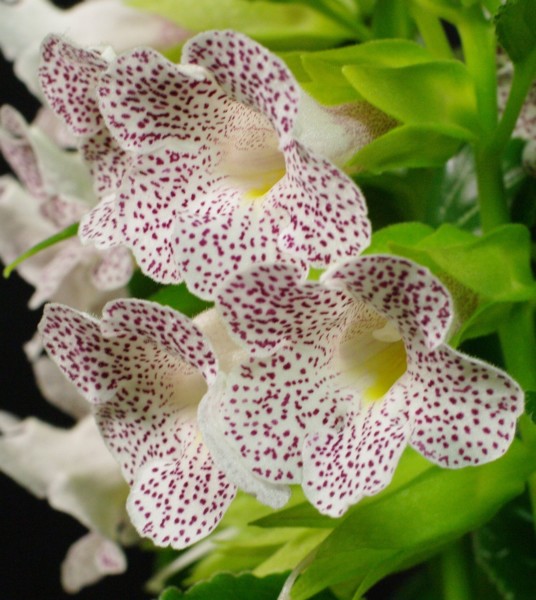 Sinningia guttata has been known to botany and horticulture since the early 19th Century (see our botanical prints), but was long out of cultivation until relatively recently. It has proven to be a very worthwhile addition, with beautiful spotted flowers, a stately upright growth habit and attractive foliage.

There is some variation within the species, particularly with respect to the density and intensity of the spotting. The plant shown above has many spots, but they are not as dark and dramatic as those on the plant grown outdoors which is linked below. This is almost certainly a function of genetic variation and not culture.

S. guttata is also proving a boon to hybridizers, introducing interesting spotting effects and the light fragrance characteristic of the species at certain times of day. It was once believed that the extensive spotting seen on some hybrid cultivars of S. speciosa might be traced back to S. guttata in the 19th Century, but recent genetic analysis suggests that this is not the case.