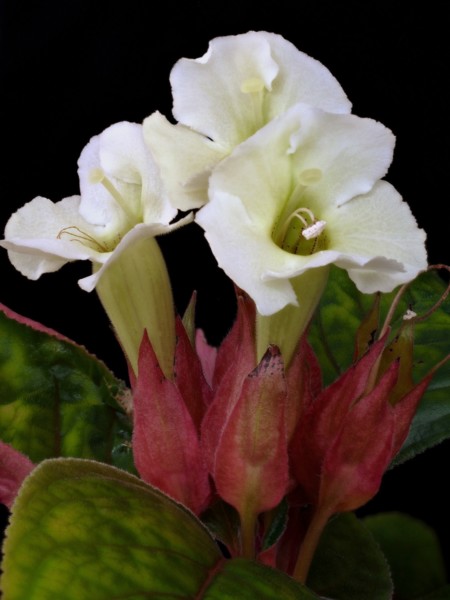 Sinningia helleri is the “type species” for Sinningia, in that it was the first species described under that name, in 1825. It was grown and valued for many years as a fine decorative plant suitable for greenhouses and similar environments, but was lost to cultivation more than 100 years ago. No wild populations had been described since its first collection, and it was thought to be extinct.

However, a small and threatened population was discovered in Brazil in 2015, and the species is now again in cultivation. This is a momentous event, as the species is beautiful, reasonably easy to grow and able to cross with other species.

Additional images may be seen in a slideshow by clicking one of the links below:

A photo of an antique print published incorrectly as S. velutina can be seen here.