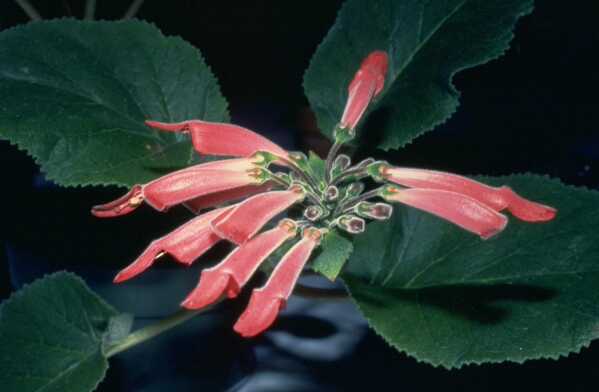 S. iarae is a species that has been introduced to cultivation relatively recently, in large part because of the efforts of Mauro Peixoto of São Paulo, Brazil. This photo illustrates a tuberous habit typical of many Sinningias, where much of the tuber is exposed above the surface of the ground.  Many members of the genus grow on rocky hillsides or cliffs.

The flower has the overhanging upper lip (“galea”) characteristic of related species, such as S. cardinalis and S. hatschbachii.  In S. iarae, this galea is often reflexed (i.e. bent upward at the tip).

It has begun to be used as a parent in the development of new hybrids, with examples here and here.