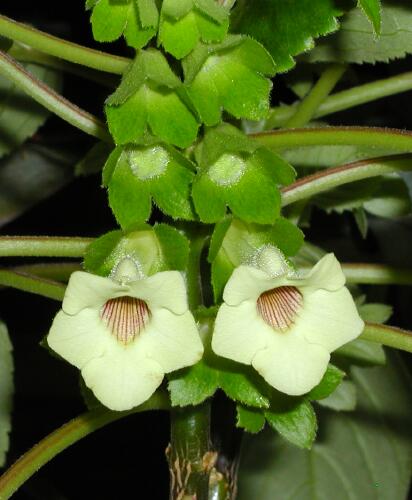 This photograph shows S. lindleyi as exhibited at the AGGS Convention show in July 2002. This is an upright plant with blooms along the stem.

The flowers and especially the flowering habit and the leafy calyxes are reminiscent of S. guttata.  The corollas have stripes instead of the dots of the latter species.  The plant has a tuber of sorts, more of an underground thickening than a geniune tuber.

Many growers have found this plant difficult to keep alive, so it is rarely seen in cultivation.