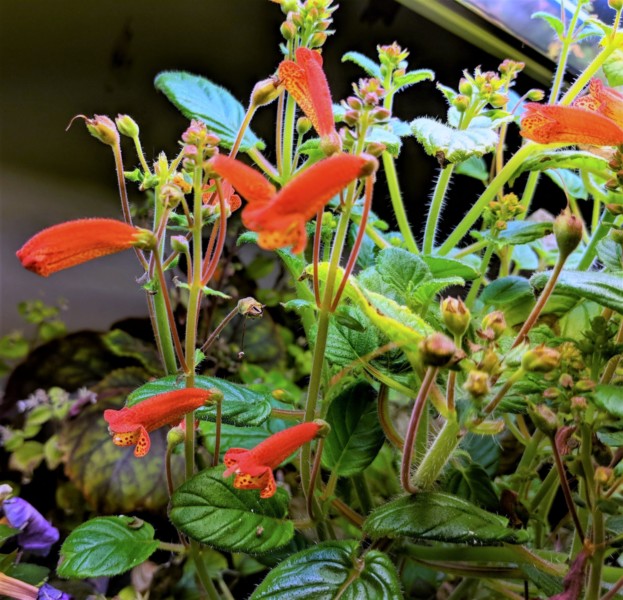 Sinningia nordestina is an unusual member of the genus in several ways. The flowers look more like those on a Smithiantha than a typical Sinningia, and the stems are often lax and sprawling except in very bright light.

S. nordestina grows in really tropical conditions. It was first discovered in Pernambuco state (Brazil), much closer to the equator (about 8 degrees latitude south of the equator) than most Sinningia species. It is therefore unlikely that it can tolerate cold temperatures, even if it does not freeze.

The unusual growing period (sprouting in mid-summer) is due to the difference in dry season between northeast Brazil and the southern states where most other Sinningia species grow.

In the original publication, it was speculated that this species was probably intolerant of drying out, and that the tubers would not re-sprout after a prolonged dry period. Reported experience with cultivated seedlings suggest that even young tubers given very occasional watering (e.g., once a month) will eventually sprout. The fact that the tubers sprout so late in the growing season would certainly make it seem as if the plants were never going to come back. Most Sinningia tubers do not require any water at all during dormancy.

The original publication also noted a number of seedlings near the wild plants, and suggested that this species relies on abundant seed production for survival, much like an annual. The plants readily set seed, and the seeds germinate in profusion.