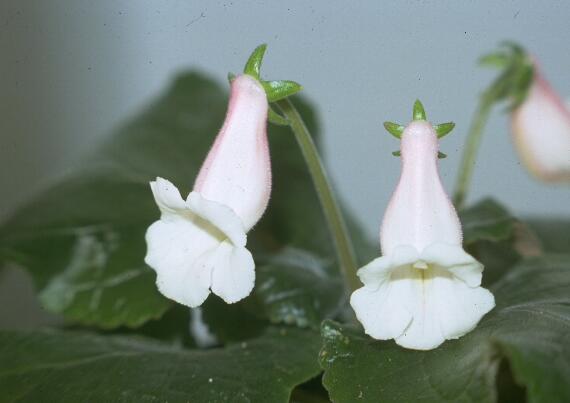 This cultivar is one of Ron Myhr’s hybrids, and was created by crossing a pure white version of S. eumorpha with a clear pink flowered plant that had been received as S. ‘Pink Eumorpha’. The latter was represented as a pink form of the species, and bred true from seed. However, it may well be a seed line involving, originally, one of the red-flowered species of Sinningia.

In any event, it produced an interesting hybrid, with flowers very pale pink on the outside of the corolla, with a pure white face. The flower shape, the leaves and the overall conformation of the plant are indistinguishable from the standard white or lavender flowered forms of S. eumorpha.