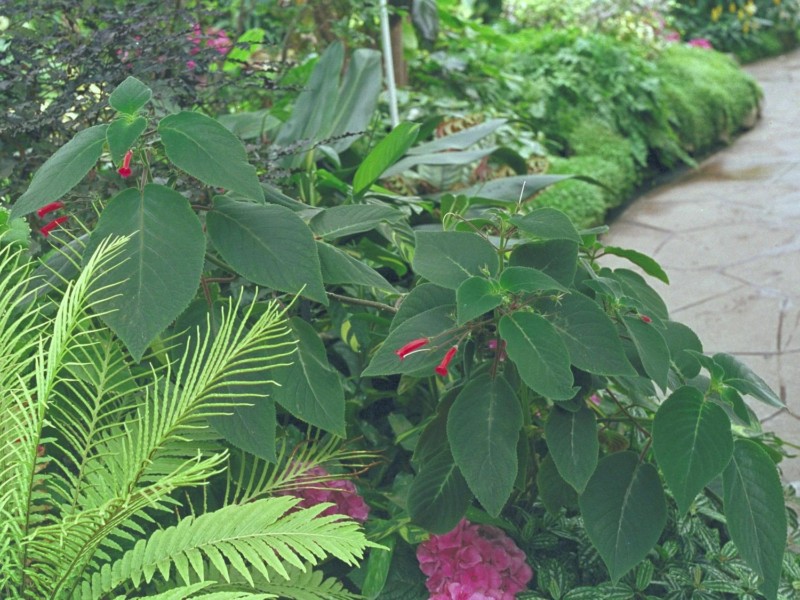 Sinningia reitzii is a variable species in both flower color and foliage characters. This specimen featured above is an example of an early introduction, initially known as Sinningia sp. “New Zealand”, and was at least a meter tall and perhaps somewhat wider in total spread. It was photographed in the 1980s. Juvenile foliage in this cultivar is very dark, with attractive lighter veining. The variegation is retained to a small degree in the mature foliage, as a paler mid-rib. Other cultivars of the species do not exhibit this variegation.

The cultivar known as S. reitzii “Saltao” has a different habit, with the flowers held in what appears to be a terminal inflorescence, rather than emerging from leaf axils; it may turn out to be a separate species.

Additional photos may be seen in a slide-show by clicking one of the links below: