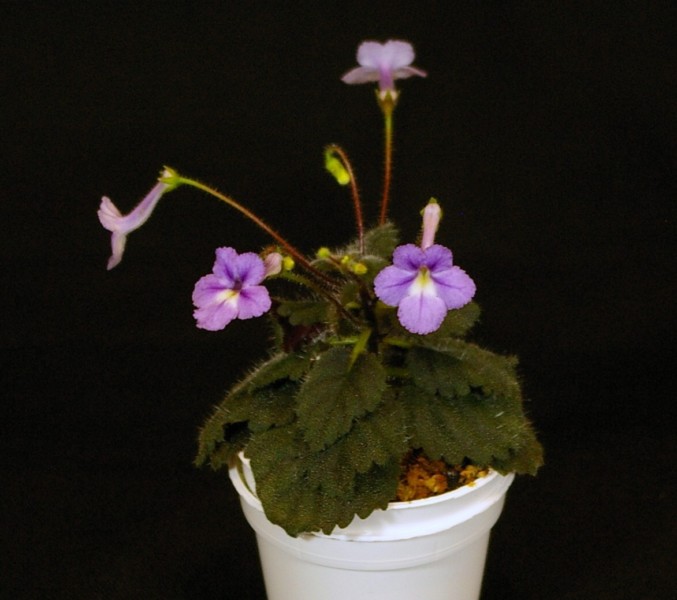 This was one of the first hybrids created from what was then known as S. sp. “Rio das Pedras”. The latter was a newly introduced member of the micro-miniature group of Sinningias, and was eventually given the proper name of S. muscicola.

S. ‘Snowflake’ is a sport from S. pusilla ‘White Sprite’, and has characteristic notched petals, reflected in the slight notching of this hybrid.

This hybrid was exhibited at the 2008 convention of the Gesneriad Society, but was apparently never named or distributed.