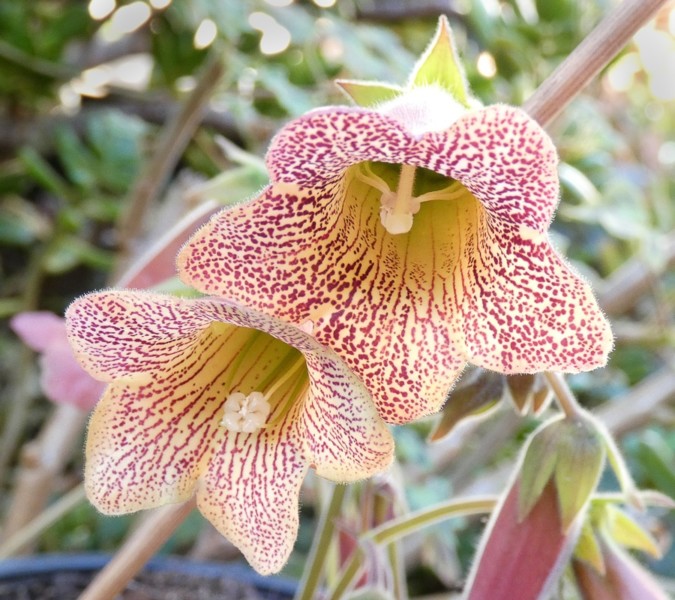 Sinningia stapelioides, originally distributed as S. sp. “Pancas”, is a unique species from a unique habitat. It grows on the approaches to the granitic outcroppings in north-eastern Brazil known as “inselbergs”. Inselbergs are known from several continents, and often support unusual plant communities.

S. stapelioides is reported to grow on rocks, often with the tuber embedded completely within cracks or fissures in rock faces. While it grows in exposed locations it is most often found where there is some shade.

The species is deciduous, in that leaves die back seasonally. The flowers emerge directly from the tuber in the absence of leaves. The flowering stage usually occurs after the leaves have fallen and before the new leaf growth begins, but the flowering and leaf stages can overlap at either end. It takes a seedling several years to reach maturity and the ability to bloom. During this period the tuber will be bare after the leaves fall until the new stems sprout.

The name stapelioides is a reference to similarities in appearance of the flower to those of some members of the genus Stapelia in the Apocynaceae family.

Additional photos may be seen in a slide-show by clicking one of the links below:

An excellent and detailed overview of this species can be found on Sinningia and Friends.