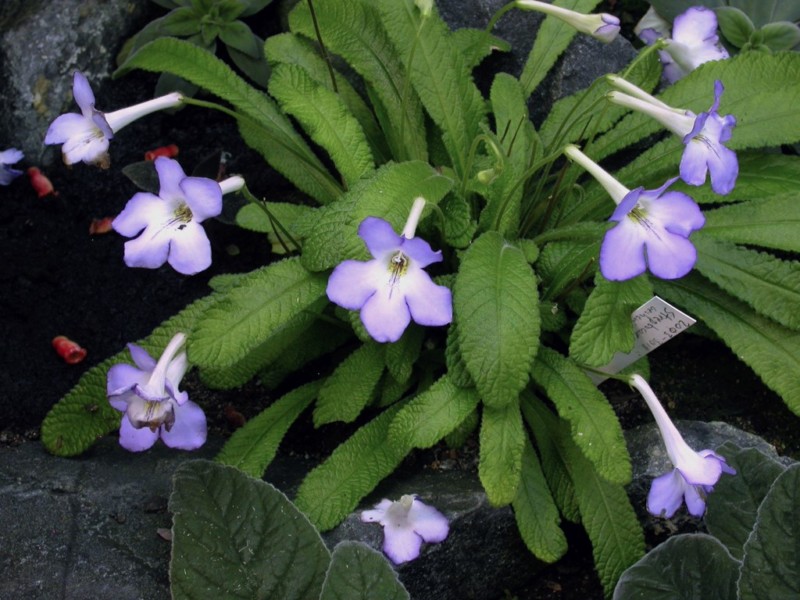 This is an attractive species, with interesting flowers distinctly picoteed in the bud stage. The bright yellow throat and interesting markings, as well as an elegant shape, would seem to suit it well as a contributor to hybridizing programs. However, it is a spare bloomer, seldom having more than one bloom per stalk, with few stalks produced. These characteristics seem to be dominant in the first generation of hybrids, so it has not been a popular parent, at least until recently.

This is a variable species, and different forms can be seen in a slide show by clicking the links below.

Some hybrids are now being produced, and the spots that appear in the throat of some clones are being used to good effect. Recent primary hybrids suggest a different potential hybridizing strategy.