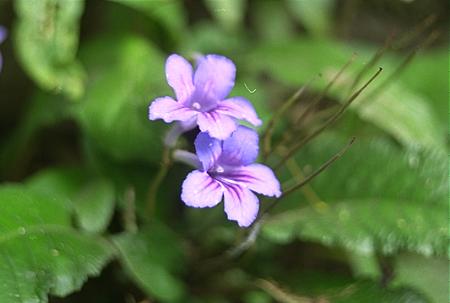 S. primulifolius, closely related to the similar S. rexii (which is an ancestor of most modern hybrids), sometimes grows epiphytically and lithophytically. It is quite variable, as can be seen from other photos here, here, here and here. There is also a white form. Photos of the plant in nature can be seen here and here.  At one time, S. formosus was considered a subspecies, S. primulifolius ssp. formosus.