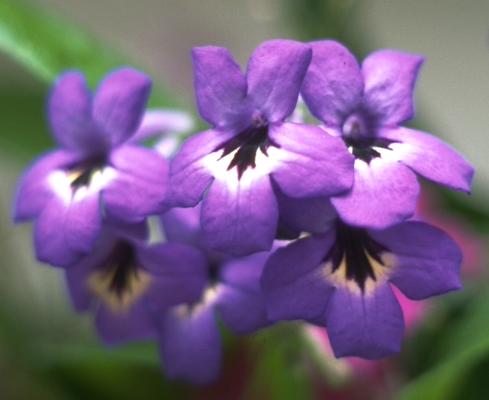 Chris Rose reports that this plant is one of the results of his attempts to produce hybrids with an enlarged yellow area. This photo does not properly represent the yellow, as it is mostly washed out in the upper flowers, but it does show the elegant form and dramatic markings. It is a complex hybrid, involving a rexii-type hybrid, ‘Falling Stars’, ‘Ruby’ and ‘Elsi’ — the latter three are all products of the Dibley nursery. Another hybrid from the same background has been named ‘Ruby Anniversary’.