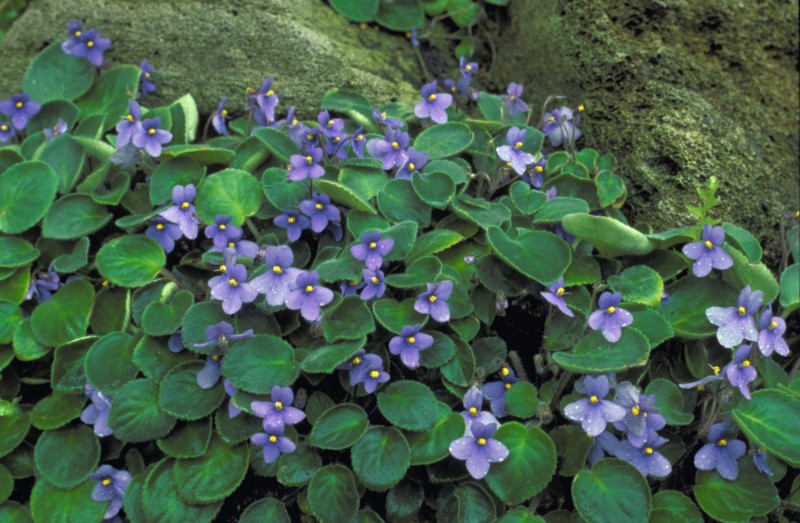 S. pendula var. Kizarae is one of the most desirable of the species Saintpaulia. It forms a large trailing plant quite readily. The flowers are fairly large and showy, and a clear blue color with just a tint of lavender. The feature photo above is of a plant grown in a display glasshouse in Japan.

There are other clones being grown under this name with a somewhat different habit and darker flowers, although this one appears to be properly named.

Another photo of a beautiful show plant can be seen here.