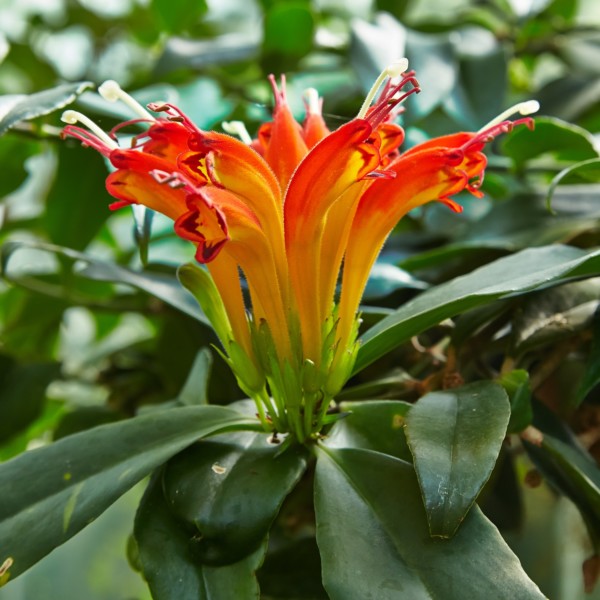 A. speciosus is a large-growing species characterized by dense flower clusters and a habit that lends itself well to large baskets. It’s often grown in conservatories and public greenhouses. It has contributed its free-flowering nature and bright colors to modern hybrids, notably A. ‘Rigel’ and A. ‘Black Pagoda’.

One of the most widely grown of the larger Aeschynanthus cultivars was the early hybrid A. Xsplendidus, a cross of A. speciosus and A. parasiticus. It is often distributed as A. speciosus, but is distinctly different.

Additional photos in a slideshow can be seen by clicking one of the links below:

A. speciosus was the subject of much interest in the 19th Century, and several fine botanical prints were created showcasing the species. Curtis’s version, from 1847, is particularly nice.