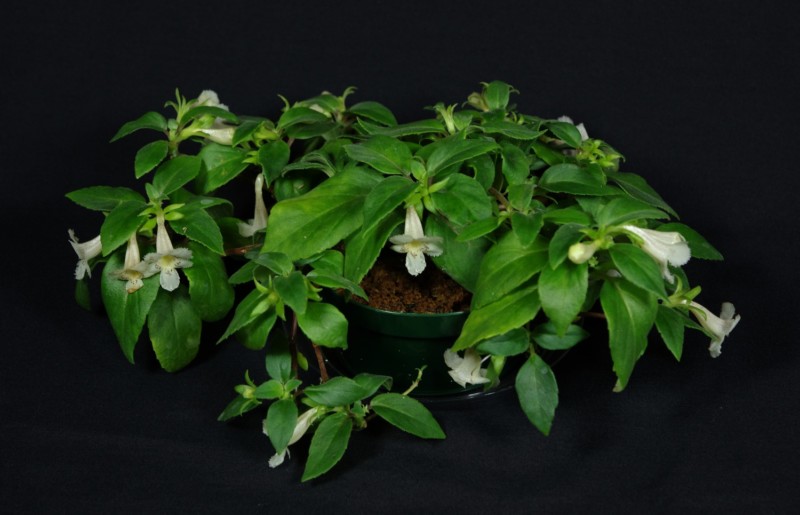 Although often compared unfavorably to other members of the genus,  A. punctata has its own charm. It has the potential to become fairly large, but can be managed as a compact plant, as in the example above, producing many attractively spotted flowers. This specimen was exhibited at the 2018 convention show of the Gesneriad Society.

A. punctata has been used to produce hybrids with A. dianthiflora and A. chiapensis. While the latter hybrid appears to no longer be in cultivation, the hybrids with dianthiflora continue to be very popular. These include A. ‘Cygnet’ and the similar A. ‘San Miguel’.

Like A. dianthiflora, A. punctata readily produces stolons and propagates easily from these.

A close-up of the flower on the plant above can be seen here; flowers from the same clone, grown at the Smithsonian Institution, appear to be more heavily spotted, a likely function of culture — although it’s possible that the plant has been selfed and variable seedlings distributed under the original collection number.