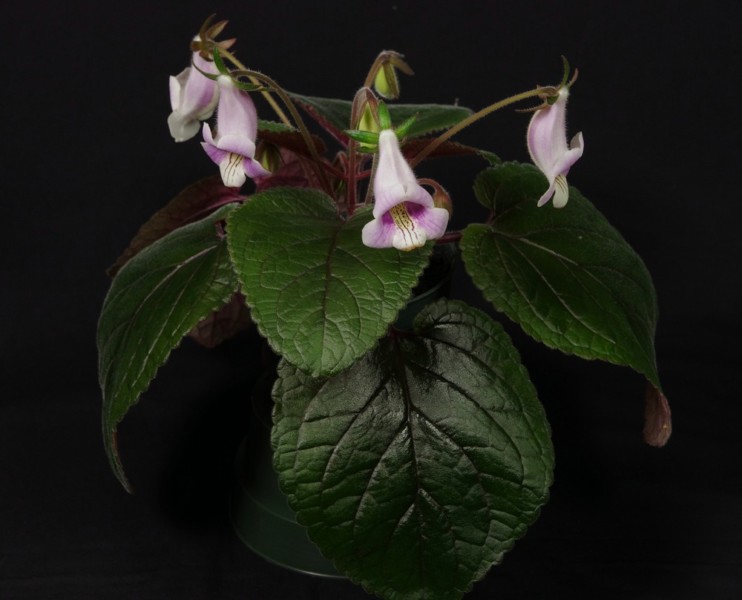 S. eumorpha is highly variable with respect to flower colour and pattern. The plant pictured above was distributed under the cultivar name S. eumorpha ‘Saltao’, but is similar in form and overall coloration to many examples of the species. There are varying degrees of lavender/purple shading in the flower, often with purple and sometimes yellow markings in the throat. Another example of a fairly standard form can be seen here.

Pure white forms are available, and many specimens have varying degrees of lavender in the flower, with or without stripes and spots. Most have some yellow in the throat.

A pink form, often marketed as a pink variant of the species, probably was the result of hybridizing to the red-flowered members of the genus. A plant acquired as S. eumorpha (pink) was used as a parent, along with a pure white variant, to produce S. ‘Pale Beauty’.

For some perspective on the size of S. eumorpha, compare it to S. concinna.