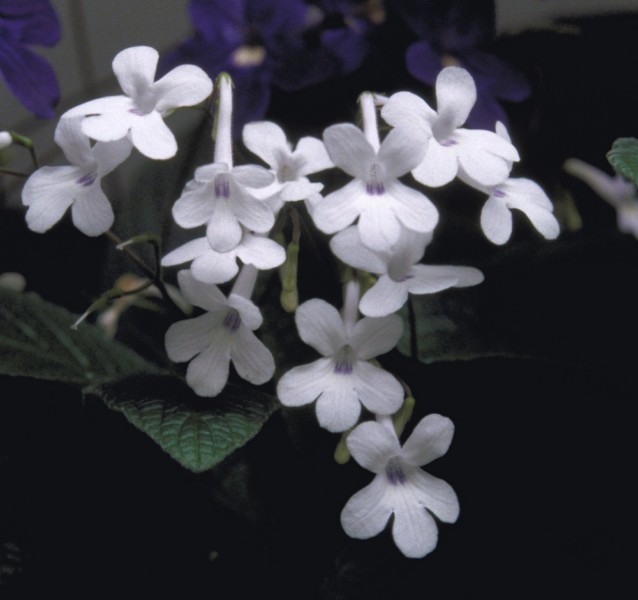 Chris produced the original S. johannis x S. candidus cross, and then crossed two of the resulting seedlings. The plants above are sibling seedings from this latter cross. There are some differences in throat markings, with the plant to the left being closer to candidus in this regard. Otherwise, the plants are apparently quite similar, without quite as much variation as might be expected of an F2 from a primary hybrid. Photos of S. candidus and S. johannis show that the flowers are intermediate between the parents, with the high flower count of candidus. Unfortunately, the pleasant scent of S. candidus appears not to have been inherited.