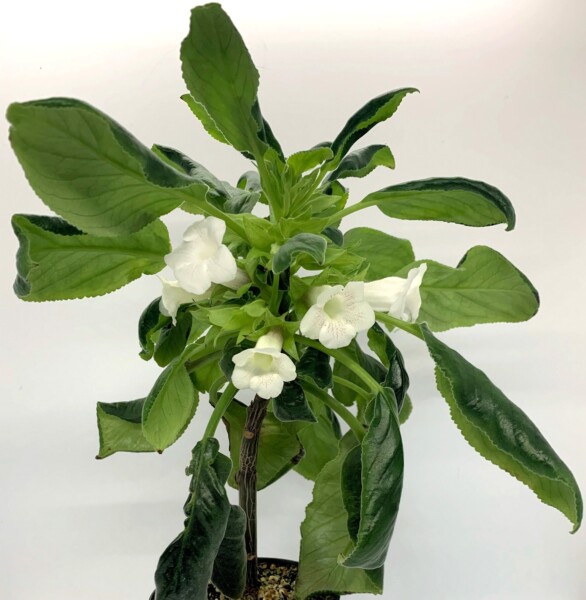 Sinningia velutina is closely allied to S. guttata, and has historically been confused with both that species and S. helleri. Dr. Alain Chautems, of the Geneva Botanical Garden, notes that S. velutina has been recently found in a single location east of Rio de Janeiro City, near São Pedro da Aldeia, some distance from the nearest population of S. guttata. It is likely a separate valid species.

A principal morphological difference between S. velutina and S. guttata is the array of dark purple spots on the corolla lobes of the latter. The flowers of S. velutina are often plain white, although some clones, including our feature plant, have faint spotting.

The feature plant above was exhibited in the 2021 virtual show of the Gesneriad Society.