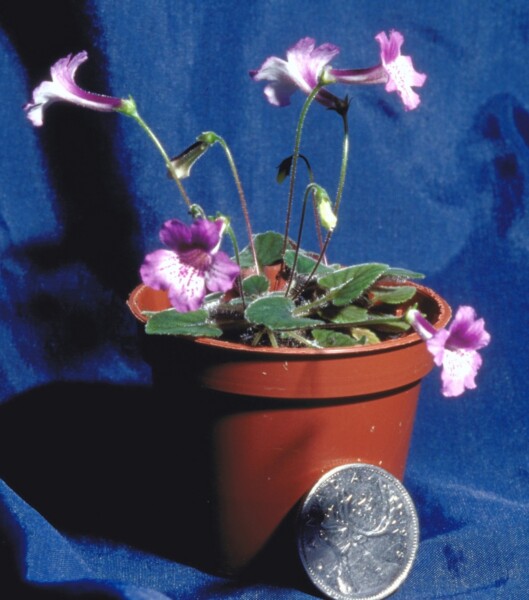 S. ‘Wood Nymph’ is the result of a cross between the tiny species S. pusilla and S. concinna. It was subsequently crossed back to both parents. The backcross to S. pusilla produced a fine hybrid called S. ‘Bright Eyes’, which is very floriferous with flowers similar to S. pusilla but with a white throat; the backcross to S. concinna was used to produce a variety of somewhat variable plants, referred to collectively as S. ‘Wood Nymph Improved’, a selection from which has been distributed as S. ‘Ruffled Wood Nymph’. It is possible that the specimen shown here actually belongs to the ‘Wood Nymph Improved’ group.